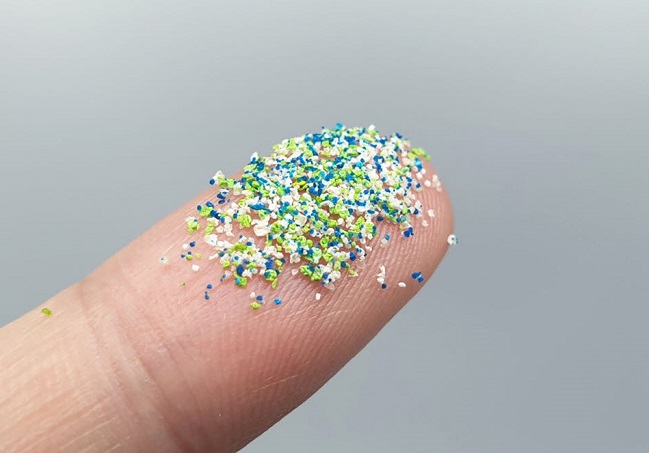 DAEJEON, October 14 (Korea Bizwire) – A group of South Korean scientists have developed a new biodegradable material that can replace microplastics used in cleaning products and cosmetics.

Joint research by the Korea Chemical Technology Research Institute and Pohang University of Science and Technology said on Wednesday that it has developed a candidate material that can replace microbeads of fine plastic particles using a natural chitosan material extracted from crab shells.

To verify the effectiveness of the new microbeads as an abrasive for cleaning, the research team conducted an experiment in which waterproof eyeliner stains were removed by mixing chito beads with liquid soap.

The pollutant was removed about twice as fast as with soap alone.

Thanks to the polarity of the surface, it can also remove heavy metal ions, thus having the effect of removing fine dust containing heavy metals which may stick to the skin.

The evaluation of their biodegradability by measuring the Biological Oxygen Demand (BOD) has shown that the chito-beads are naturally degraded by the metabolism of microorganisms.

In particular, they degraded in sea water by more than 90% in one month.