Officers from the Consumer Protection Police Division examine counterfeit cosmetics during a press conference on Friday. The products were seized from a rented house in the Suan Luang district of Bangkok. (Photo provided)

Police seized around 70 million baht worth of counterfeit cosmetics bearing the names of 18 brands during a raid on a house in Bangkok’s Suan Luang district.

Up to five people, including a Vietnamese national suspected of being the ringleader, are still wanted in connection with these offenses.

The seizure was made on March 14 but was not announced until Friday during a briefing hosted by the Consumer Protection Policing Division (CPPD) of the Food and Drug Administration (FDA).

A combined team of police and FDA officials, armed with a search warrant issued by the Phra Khanong Criminal Court, searched a rented house in Suan Luang district after an investigation revealed it was used to store counterfeit cosmetics.

Pol Col Thanakorn Lerdporncharoen, deputy chief of the CPPD, said the FDA had received numerous complaints from customers that they had purchased cosmetics from well-known brands online, only to find out after using them that they were fake and of lower quality.

The house where the products were stored was rented by a Vietnamese national, said Pol Col Thanakorn.

He said violators would be charged with selling cosmetics without a Thai label, selling unregistered cosmetics or possessing products with false trademarks or certification marks with the intent to sell them.

A Vietnamese national living abroad was behind the business and Thais were hired to open bank accounts to receive money transfers, Pol Col Neti said.

The investigation revealed that sales of counterfeit products amounted to approximately 119 million baht. Officers are now extending the investigation to arrest those involved, he said.

Dr. Withit Saritdeechaikul, Deputy Secretary General of the FDA, said counterfeit products will cause abnormalities such as skin rashes when used.

The offenders had set up a website to sell cosmetics at low prices, offering promotional campaigns for their products, he said. 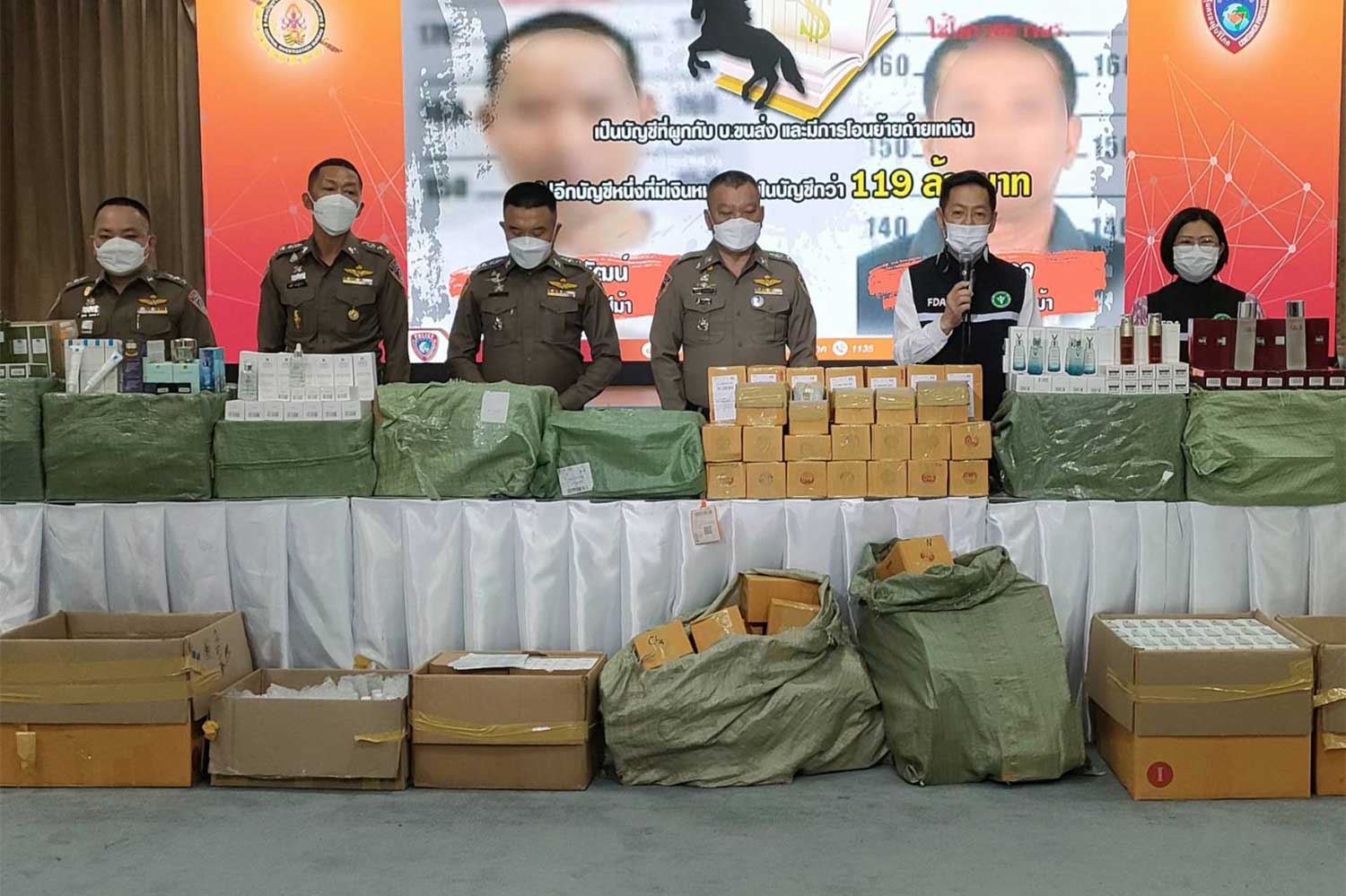